Barcelona defender Jordi Alba may not be fit for El Clasico 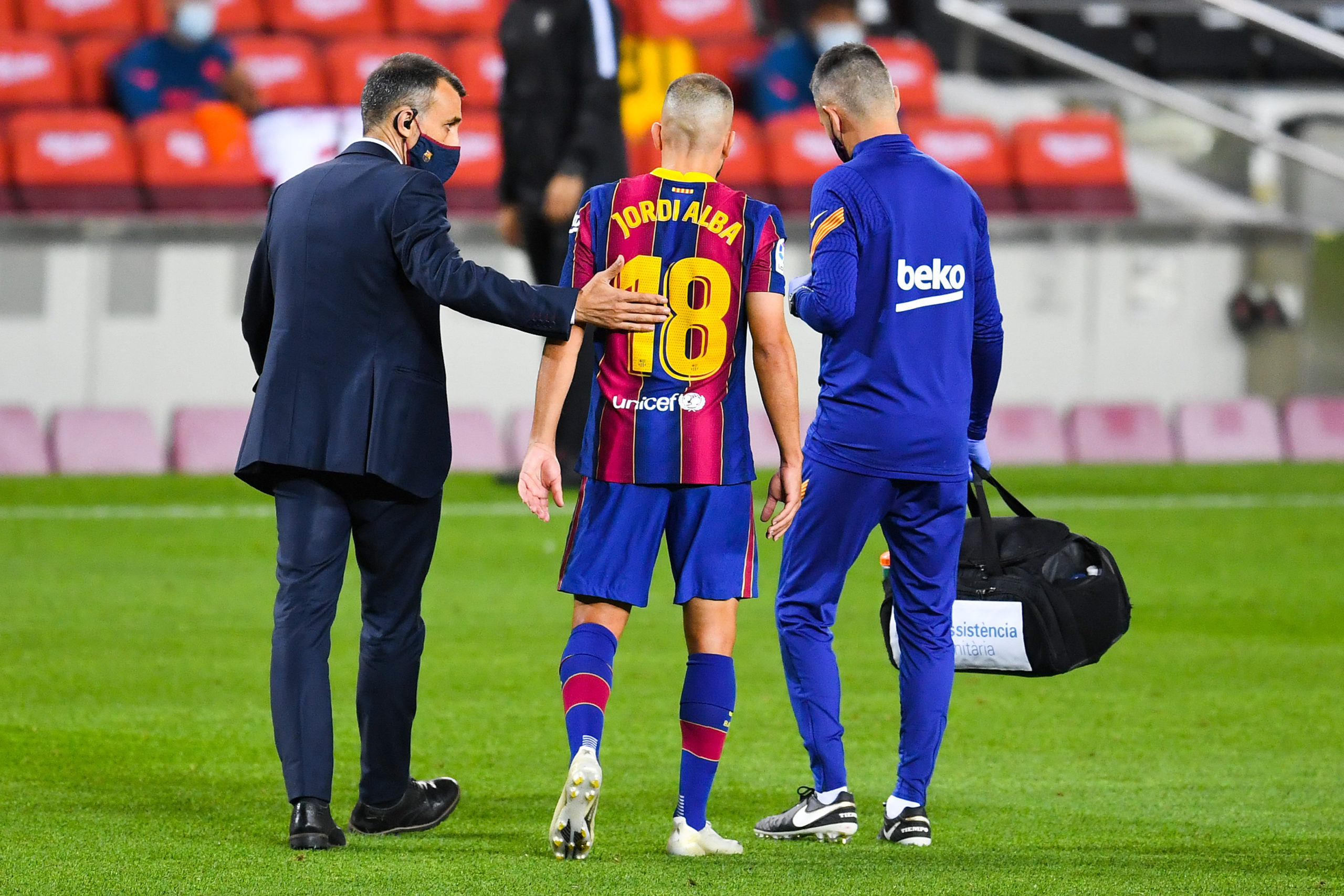 According to Spanish publication AS, Barcelona left-back Jordi Alba is facing a race against time as he looks to prepare himself for the weekend’s El Clasico at the Camp Nou.

The Spain international has been sidelined since the 1-1 draw against Sevilla before the international break where he was substituted with a hamstring concern in the 75th minute.

He has yet to return to training alongside his teammates, but AS claims that the defender could test his fitness during a first-team session at the Ciutat Esportiva Joan Gampera on Thursday.

It is added that the Blaugrana are pessimistic over playing him against Real Madrid on Saturday as they want to avoid any recurrence of the injury by rushing him back to action.

Hence, it is suggested that he may be restricted to a cameo role this weekend and could start in the central defence during the next week’s Champions League clash against Juventus on the road.

Gerard Pique is suspended for the European meeting after his straight red card in the recent 5-1 win over Ferencvaros in the opening Champions League group stage game.

Blaugrana boss Ronald Koeman may have to choose between Alba and the young Ronald Araujo to partner Clement Lenglet with Samuel Umtiti still nursing a knee injury.

Alba has been a superb servant for the Catalan giants over the past eight years, where he has contributed 17 goals and 67 assists from 339 appearances across all competitions.

He had a difficult 2019/2020 season shrouded with multiple hamstring injuries, but managed to impress during the final weeks of the campaign and ended with nine assists from 36 outings.

However, his injury troubles have continued to hamper him once again this term and summer signing Sergino Dest appears likely to continue in the left-back position this weekend.

Of course, Alba could make the starting lineup, should he pass the fitness test on Thursday, but the Blaugrana risk the prospect of a recurrence of the injury by playing him after just one training session.

Koeman’s side started their league campaign with back-to-back wins, but they have since dropped off the pace with a draw and defeat to Sevilla and Getafe respectively.

They will have received a boost with the convincing European triumph in midweek and should go into the weekend’s El Clasico with the slight advantage over Los Blancos.

The reigning Spanish champions have also experienced a mixed start to their season. They have already dropped five points from their first five league games and suffered a shock 1-0 home defeat to newly-promoted Cadiz last weekend.

Zidane’s men have since endured another embarrassing loss with Shakhtar Donetsk beating them 3-2 at home in the Champions League opener. It will be interesting to see how they respond in the 246th meeting against Barcelona.