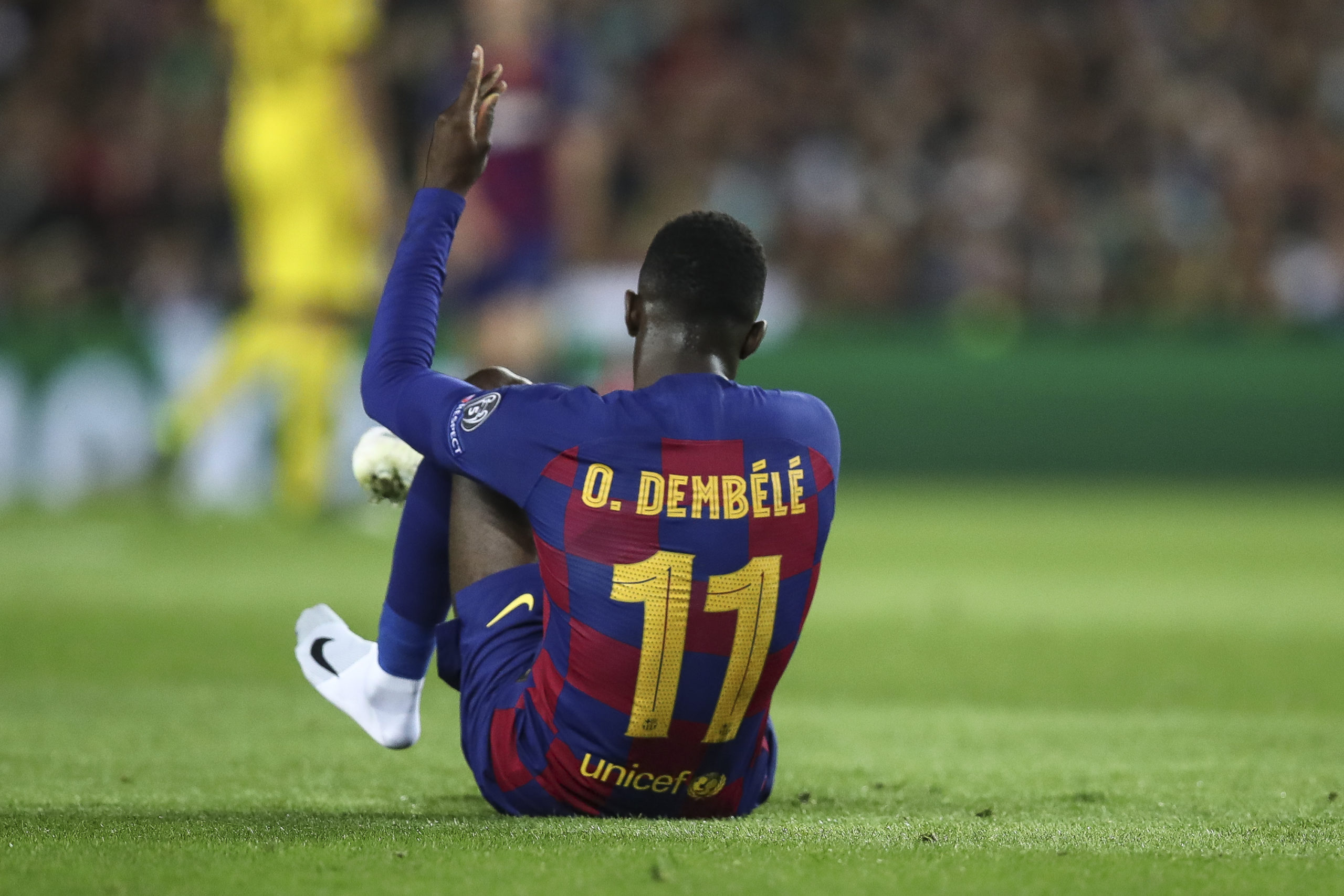 Barcelona have confirmed a fresh injury setback for Ousmane Dembele ahead of their Champions League group stage clash against Juventus on Tuesday night.

The Frenchman has been with the Blaugrana for the past three seasons, but he has suffered multiple muscular problems which have restricted him to just 86 appearances.

Dembele recently came off the bench at the midway stage of the shock 2-1 defeat to Cadiz and he was able to complete the entire game without showing any signs of discomfort.

However, in the tests conducted earlier today, it has been revealed that he has suffered a hamstring elongation in his right thigh and the club have not revealed any return date.

This is definitely a blow for the Blaugrana and Dembele, in particular, given he managed to stay injury-free over the past three months, contributing four goals and two assists from 12 appearances.

Dembele’s injury has come when he was trying to make up for lost time and the club’s faithful will be hoping that he has not suffered any serious injury and can return to action by the turn of the year.

Barcelona have made their worst La Liga start in 33 years and that sees them already 12 points behind Atletico Madrid for the top spot. However, they have had no such concerns in the Champions League.

They are the only team to register the perfect tally of 15 points after five group stage games and are scheduled to host Juventus in the final matchday at the Camp Nou on Tuesday night.

Ronald Koeman’s side are currently three points ahead of the Bianconeri at the top of Group G and they also have the head-to-head advantage after the 2-0 win during the reverse meeting at the Allianz stadium.

The club are in pole position to clinch the top spot. The Serie A champions need to score at least three away goals and win by a margin which overturns their home defeat earlier this term.

Barcelona captain Lionel Messi could come up against old rival and Juventus forward Cristiano Ronaldo for the first time since the latter made the switch away from Real Madrid two years ago.