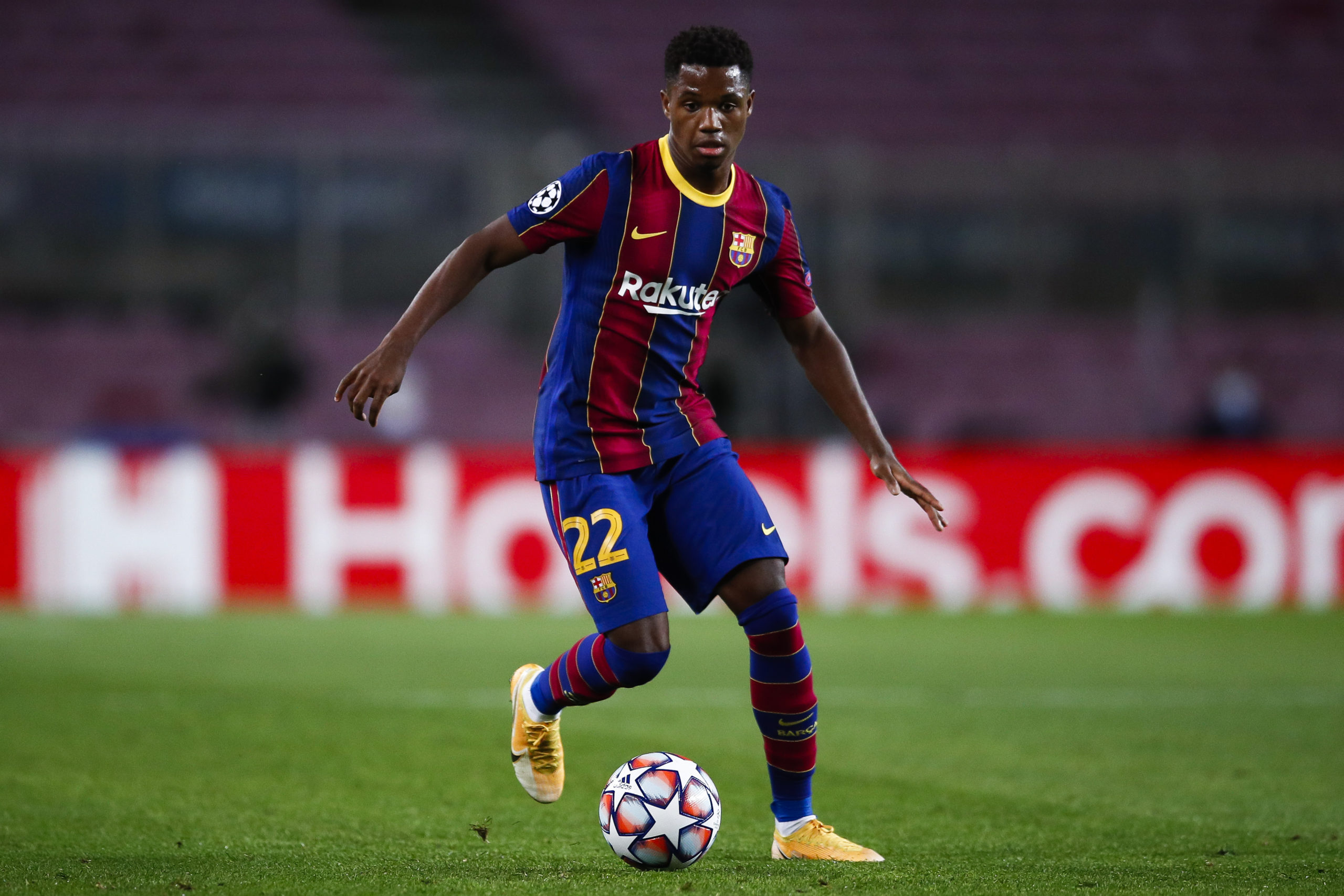 Barcelona have confirmed that teenage sensation Ansu Fati will undergo a surgery on his left knee after suffering a meniscus tear during the win over Real Betis.

The Blaugrana ended a four-match winless league streak on Saturday as they registered a comfortable 5-2 win over Real Betis, who played the final 30 minutes with ten men.

Fati was picked in the starting lineup by manager Ronald Koeman for the third league game on the trot, but he was substituted at the interval after feeling discomfort in his knee.

The Blaugrana have now confirmed that the 17-year-old will have an operation to rectify the problem on Monday and the timescale for the recovery will be revealed in due course.

The La Masia graduate has been the Blaugrana’s top scorer in La Liga this term with four goals and he was also on the scoresheet during the 5-1 thumping of Ferencvaros in the Champions League.

The youngster has made the second most dribbles (29) in La Liga after Lionel Messi (48). He has also created nine chances for the Blaugrana, second behind only the club-captain (13).

His form has definitely been a bright spot for the Catalan giants under manager Ronald Koeman, who had recently seen his side go through their worst start to a league season in 20 years.

The victory against Betis has propelled the club to eighth on the table with 11 points. They are still nine points adrift of leaders Real Sociedad, who have played two games more.

Fati was recently called up to the Spain squad by Luis Enrique for the friendly against Netherlands as well as the Nations League matches against Switzerland and Germany.

His injury has, however, meant that he has been replaced by Real Madrid’s Marco Asensio in the squad. Asensio has been picked despite the fact that he has been unable to register a goal or an assist for Los Blancos this season.