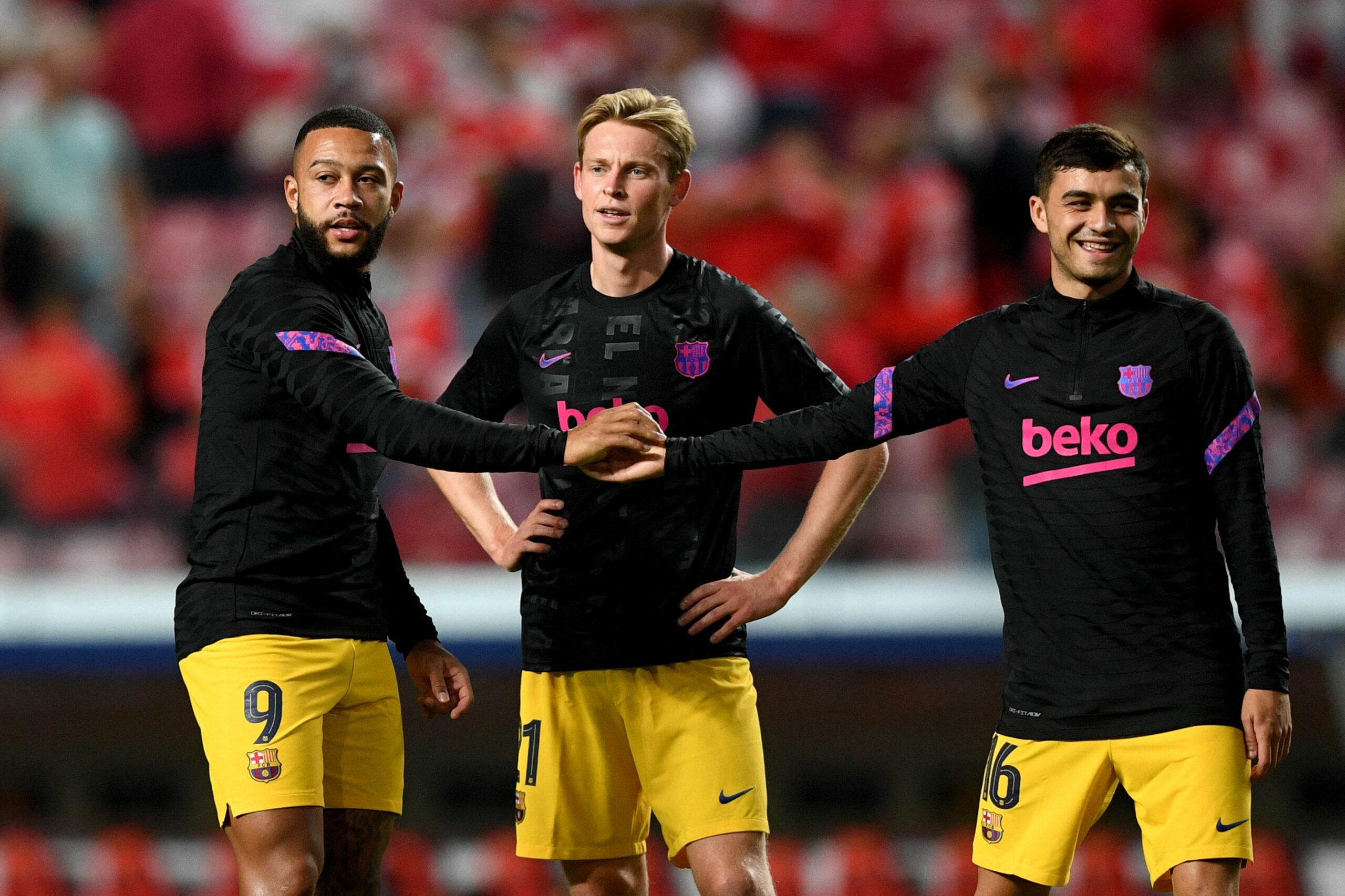 Barcelona head coach Xavi Hernandez has held a meeting with the club’s hierarchy upon touching down in the United States for his side’s pre-season tour.

According to Spanish publication Sport, Xavi has put the Dutch duo Frenkie de Jong and Memphis Depay on the chopping block against the players’ will.

Despite being deemed surplus to requirements, the Netherlands internationals have been reluctant to part with the Camp Nou outfit this summer.

De Jong has generated interest from Chelsea and Manchester United, with the latter earmarking substantial funds to rescue him of his La Liga misery.

New Man Utd boss Erik ten Hag sees his compatriot as an immediate upgrade on his current midfield options amid the Red Devils’ effort to overhaul their squad.

However, the Premier League heavyweights have so far struggled to convince the 25-year-old to come to terms, even though ten Hag has personally requested his arrival.

Man Utd are ready to fork out an initial €74million to get the deal over the line, yet de Jong has second thoughts about green-lighting a move to Old Trafford.

Without the lure of Champions League football on the table, the ex-Ajax playmaker is not overly enthusiastic about the prospect of reuniting with his former manager.

As for Depay, author of 12 La Liga goals last season, Barcelona would like to cut him loose after completing the signings of Robert Lewandowski and Raphinha.

The 28-year-old forward’s playing time could decline off the back of the duo’s arrival, though he looks ready to fancy his chances under Xavi next season.

Meanwhile, Barcelona remain hopeful of persuading both out-of-favour stars to leave the club in the coming weeks in the hope of raising around €100m from their departures.

Club president Joan Laporta has already made a major step forward to improve the club’s finances by agreeing to sell an additional 15% of Barca’s La Liga broadcasting rights to Sixth Street on Friday.