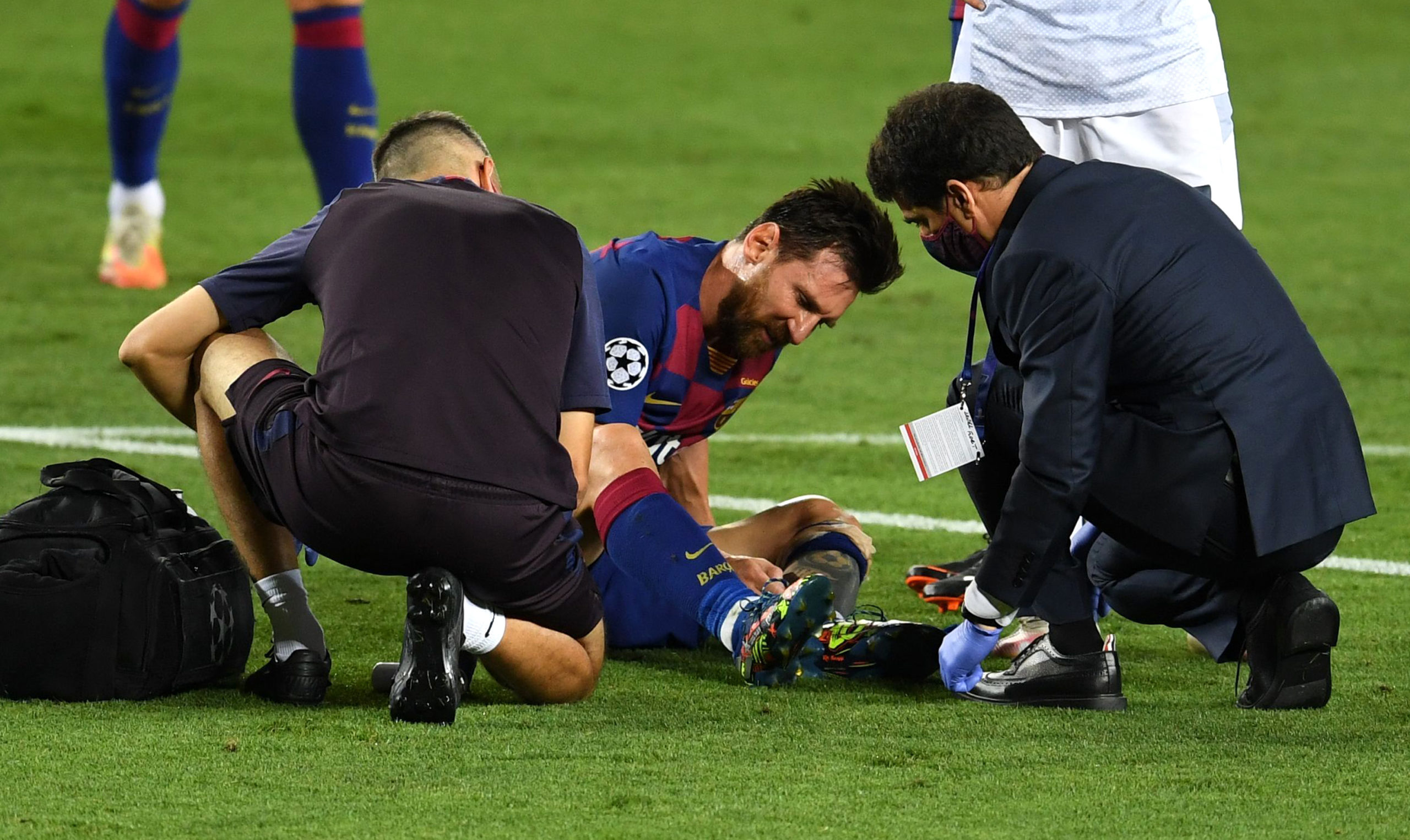 Barcelona manager Quique Setien has said that Lionel Messi suffered a ‘fierce knock’ during the second leg of the Champions League round of 16 tie against Napoli at the Camp Nou.

The Catalan giants had gone into the game with the away-goal advantage after the 1-1 draw in Naples and they managed to produce a solid performance to secure a 3-1 win at home.

Unsurprisingly, Messi was the standoff performer and he scored a stunning solo goal to make it 2-0 in the first half after he dribbled past three Napoli players to score at the far post despite falling over twice.

Messi was soon denied a second goal after VAR adjudged that the ball had brushed his arm, but he won a penalty for the Blaugrana after the foul by Kalidou Koulibaly in the 39th minute.

Koulibaly had sought to clear the ball, but Messi managed to intercept by putting his left foot in the way of the clearance. A VAR decision granted him the penalty scored by Luis Suarez, but Messi was obviously grimacing with pain.

Fortunately, Messi was able to overcome the knock to play through the remainder of the second leg, which the Blaugrana won by a comfortable 3-1 score. Lorenzo Insigne scored from the penalty spot for Napoli before the interval.

Speaking after the game, Setien said that Messi suffered a fierce knock after the challenge from Koulibaly, but that should not be a big problem ahead of the quarter-final tie against Bayern Munich in Lisbon.

“Lionel took quite a fierce knock in that challenge from Koulibaly. But I don’t think it’ll become a big problem for him,” Setien said after the Blaugrana sealed a 4-2 aggregate win over Gennaro Gattuso’s men.

The Blaugrana are scheduled to face Bayern in a one-legged quarter-final tie at the Estadio da Luz on Friday night and they can anticipate a tough test of their Champions League title credentials.

Messi has been sensational for the club this term with 31 goals and 26 assists across all competitions, but he will come up against Robert Lewandowski, who has bagged a staggering tally of 53 goals and eight assists for the German champions.

Lewandowski, who many believe could have won the 2020 Ballon d’Or, if it was not cancelled due to COVID-19, was directly involved in all seven goals scored against Chelsea in the 7-1 aggregate win (three goals and four assists).