Barcelona boss anticipates a close finish in the title race 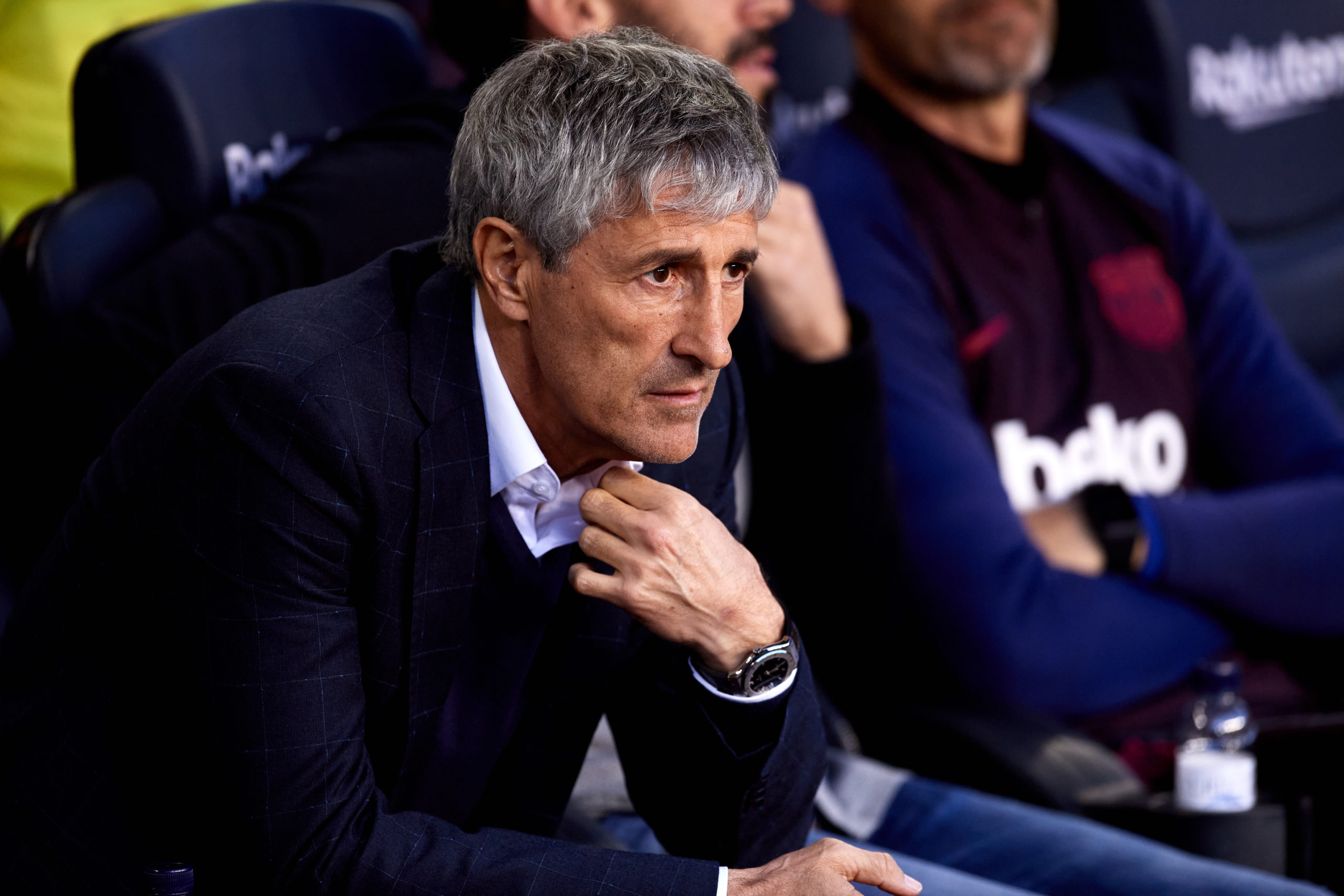 The Blaugrana returned to action after the coronavirus shutdown with a 4-0 triumph over Mallorca on the road while Zinedine Zidane’s side picked up an equally comfortable 3-1 win over Eibar at their training centre.

With 10 more games to play, the Catalan giants have their title destiny in their own hands and Setien is hopeful that his team can preserve a 100 percent win record over the course of the remaining matches.

“It’s going to be a fight in which we both feel that we can’t fail again. I hope the advantage we have right now will be enough to secure us the title. But there are many things that will be out of our control in this final month,” He told.

The Blaugrana are scheduled to host Leganes in Tuesday’s league meeting at the Camp Nou. On the other hand, Los Blancos have another home game against Valencia on Thursday. The Madrid giants will continue to play at their Valdebebas training ground with the Santiago Bernabeu undergoing renovation work.

Meanwhile, both teams have been boosted with the return of key players for their title pursuit. The league leaders were able to welcome Luis Suarez back into the fold after a long-term knee injury.

The Uruguay international only featured off the bench against Mallorca but he was impressive during his 33-minute cameo where he provided the assist for Lionel Messi’s injury-time goal.

Elsewhere, Los Blancos welcomed Eden Hazard to the fray following his recovery from an ankle fracture. Unlike Suarez, the Belgian was picked from the off by Zidane.

The former Chelsea man was in fine touch for the capital outfit and he laid the pass for Sergio Ramos’ goal on the counter-attack. Given his recent injury lay-off, he was taken off the field following the hour mark.