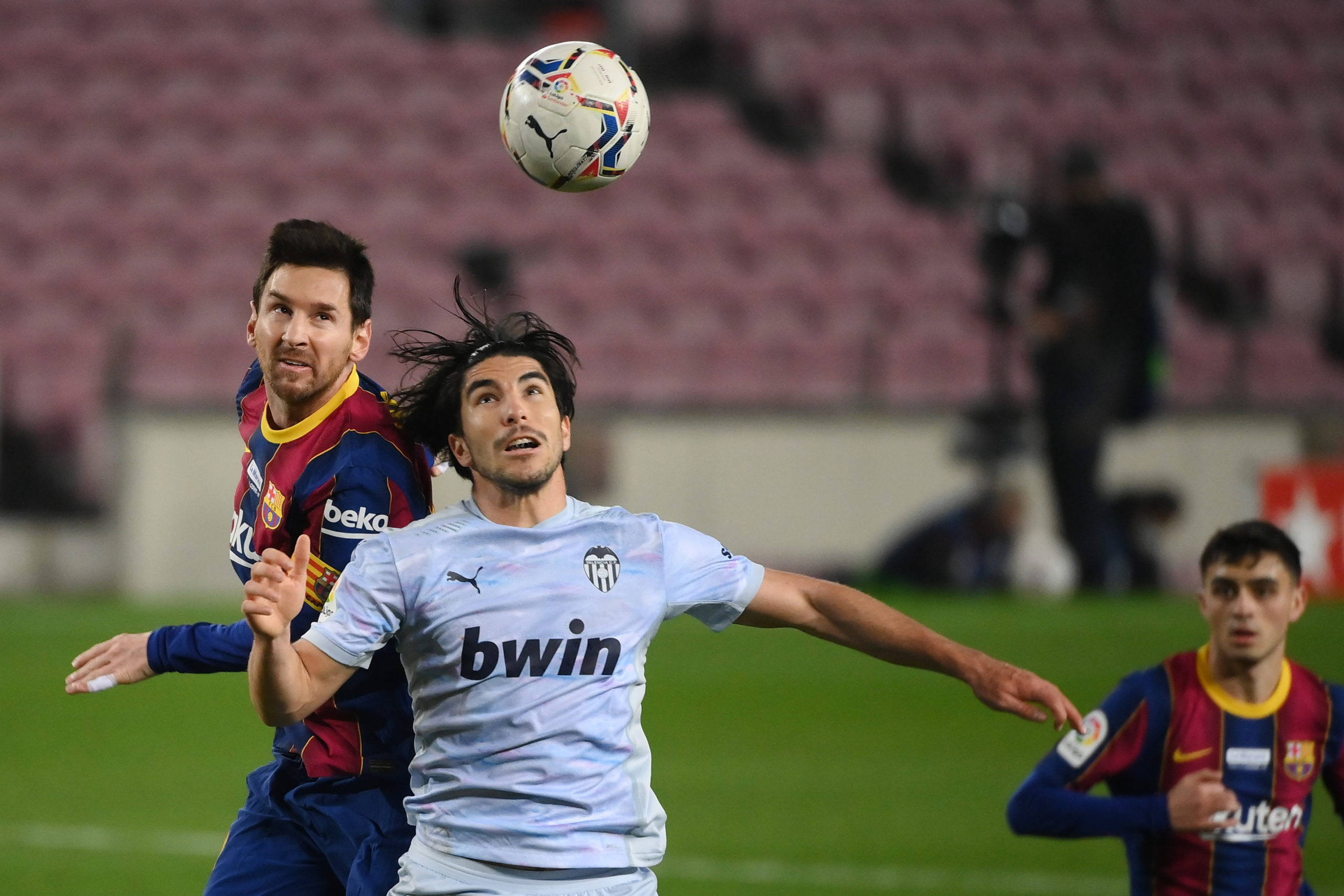 Barcelona were unable to extend their recent winning run in the Spanish La Liga as they played out a 2-2 draw against Valencia at Camp Nou on Saturday.

The visitors took the lead in the 29th minute after Mouctar Diakhaby was handed a free header at the near post from a corner. The Frenchman comfortably found the bottom-right corner with no resistance.

Los Che could not hold onto the advantage until the break as Lionel Messi scored in stoppage time. The Argentine squandered his penalty, but netted in the aftermath after a quick bit of play from Alba.

At the start of the second half, Denis Cheryshev had a wonderful chance to put Los Che ahead after being put through by Goncalo Guedes, but the Russian hit his effort well off target.

Moments later, they were made to pay the price as defender Ronald Araujo scored with a right-footed volley in the box, which Messi would have been proud of. The centre-back bagged his maiden goal for the club.

Despite taking the lead, the Blaugrana always had the uncertainty at the back and Maxi Gomes eventually levelled the scores in the 69th minute after showing his predatory instincts to get in front of Oscar Mingueza from a cross.

The Argentine has been a superb servant for the Blaugrana over the past 15 years where he has become the all-time goalscorer for the club as well as the Spanish La Liga. He has created countless number of other records, but he is now on the cusp of breaking Pele’s long-standing feat. His goal against Valencia helped him match Pele’s record of 643 goals for a single club. He should surpass the Brazilian in the near future, but it remains to be seen whether he can go further and hit the 700-goal mark with the Catalan giants. As things stand, that appears unlikely as he could be heading through the exit door when his contract expires next summer.

Ronald Koeman started the campaign with Gerard Pique and Clement Lenglet in the central defence, but the former is out for the long-term with a knee injury. Lenglet, on the other hand, has dropped down the selection order and that saw Araujo and Mingueza start for the second game running. The duo have plenty of potential, but against Valencia, it was far from a perfect display as the visitors were able to run behind the defence with simple one-twos. Araujo was good on the night, but the same can’t be said about Mingueza, who showed hesitation with his positioning. The club have kept just one clean sheet in the past five games and need an improvement to win any silverware this term.

Javi Gracia’s side beat Real Madrid by a stunning 4-1 scoreline before the November international break, but they have since gone on a five-match winless run where they have picked up only four points. Three of those games have finished in 2-2 draws where they have come from behind to salvage a point. While it is a positive, the hierarchy may not stay patient with Gracia for long, if the run of form continues. It can be argued that the Spaniard was not backed in the transfer market in the summer, but club owner Peter Lim has often been ruthless in dismissing managers when the results have been poor. Los Che have picked up just three wins from 14 games.

Barcelona vs Valencia: Four key stats ahead of the La Liga clash
Lionel Messi says he would prefer to win La Liga over Pichichi award