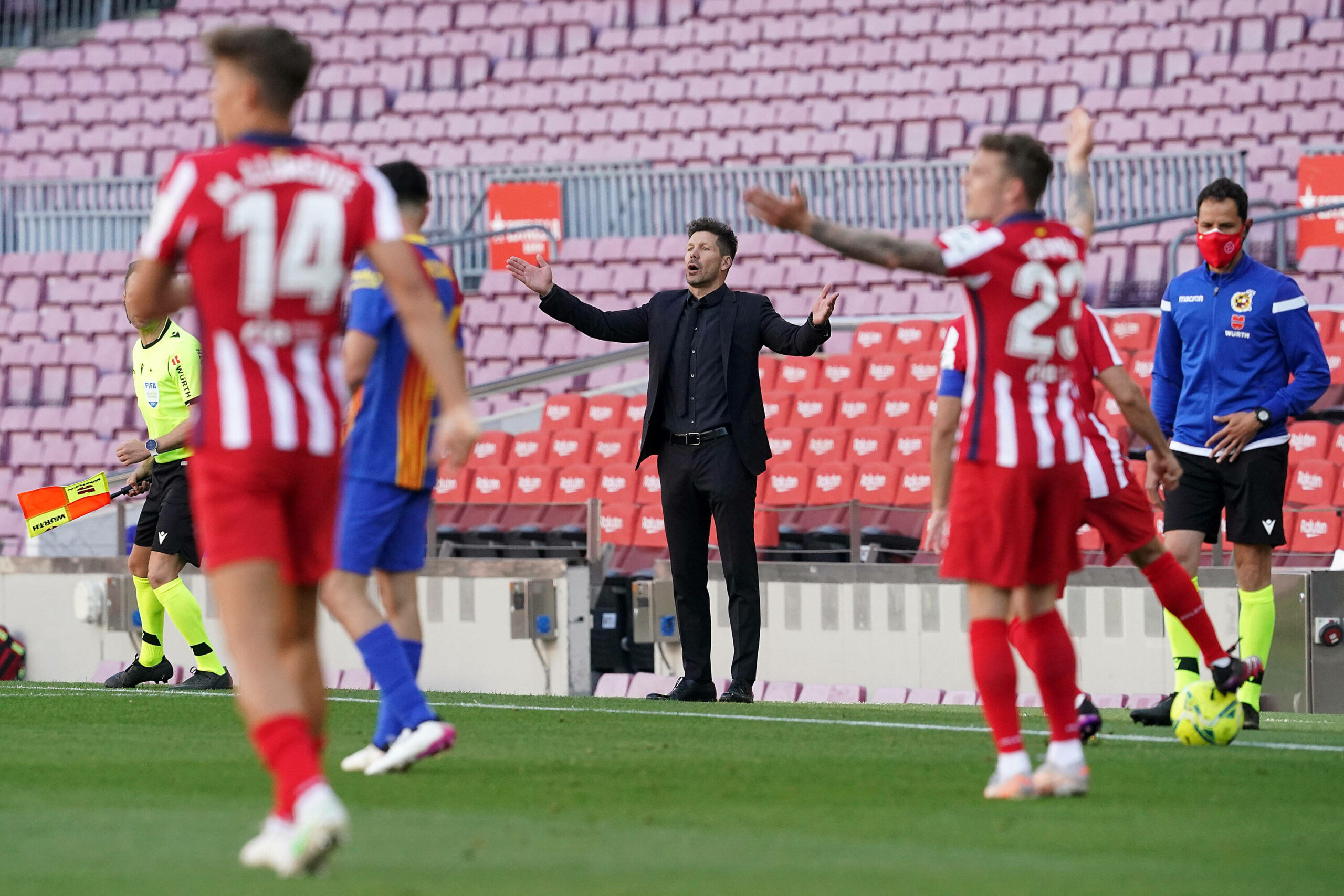 Atletico Madrid’s La Liga title hopes are hanging by a thread as they welcome Real Sociedad to the Estadio Wanda Metropolitano on Wednesday.

Following a 2-0 victory in the reverse fixture earlier this season, Atletico are looking to complete a league double over Sociedad for the second time in three years.

Atletico have accrued a win, a draw and a loss from their last three La Liga outings and are only a single point clear of Barcelona, who were held to a 3-3 away stalemate to Levante on Tuesday night.

Since playing out a 1-1 draw with cross-town rivals Real Madrid on March 7, Diego Simeone’s men have racked up four consecutive home league victories by an aggregate scoreline of 10-1.

The fifth triumph in a row is well on the cards as Los Colchoneros take on a side they’ve defeated in six of their last seven top-flight H2Hs as hosts (D1).

In a true ‘Simeone’ style, Atletico have been a water-tight defensive unit this season, having conceded a league-low nine goals in 17 home La Liga fixutres, an average of 0.52 per match.

The current league leaders also boast a resounding 93.33% win ratio across the La Liga games in which they were in front at half-time this term (GP15 – W14, D1).

Real Sociedad bettered relegation-threatened Elche 2-0 at home in their most recent La Liga outing, which means none of their last five league matches have ended in a draw (W3, L2).

Entertainment has been relatively sparse in Sociedad’s away La Liga fixtures this calendar year as seven of nine have featured under 2.5 total goals, including seven of the last eight.

The first-half action has also been at a premium in Sociedad’s recent league trips, with three of the last five yielding a goalless half-time score.

Only two teams have conceded fewer first-half goals away from home than La Real (seven) during this La Liga season.

Imanol Alguacil’s men have not lost any of their last three top-flight trips to Madrid sides (W1, D2), last enjoying a longer unbeaten run in such encounters in 1980.