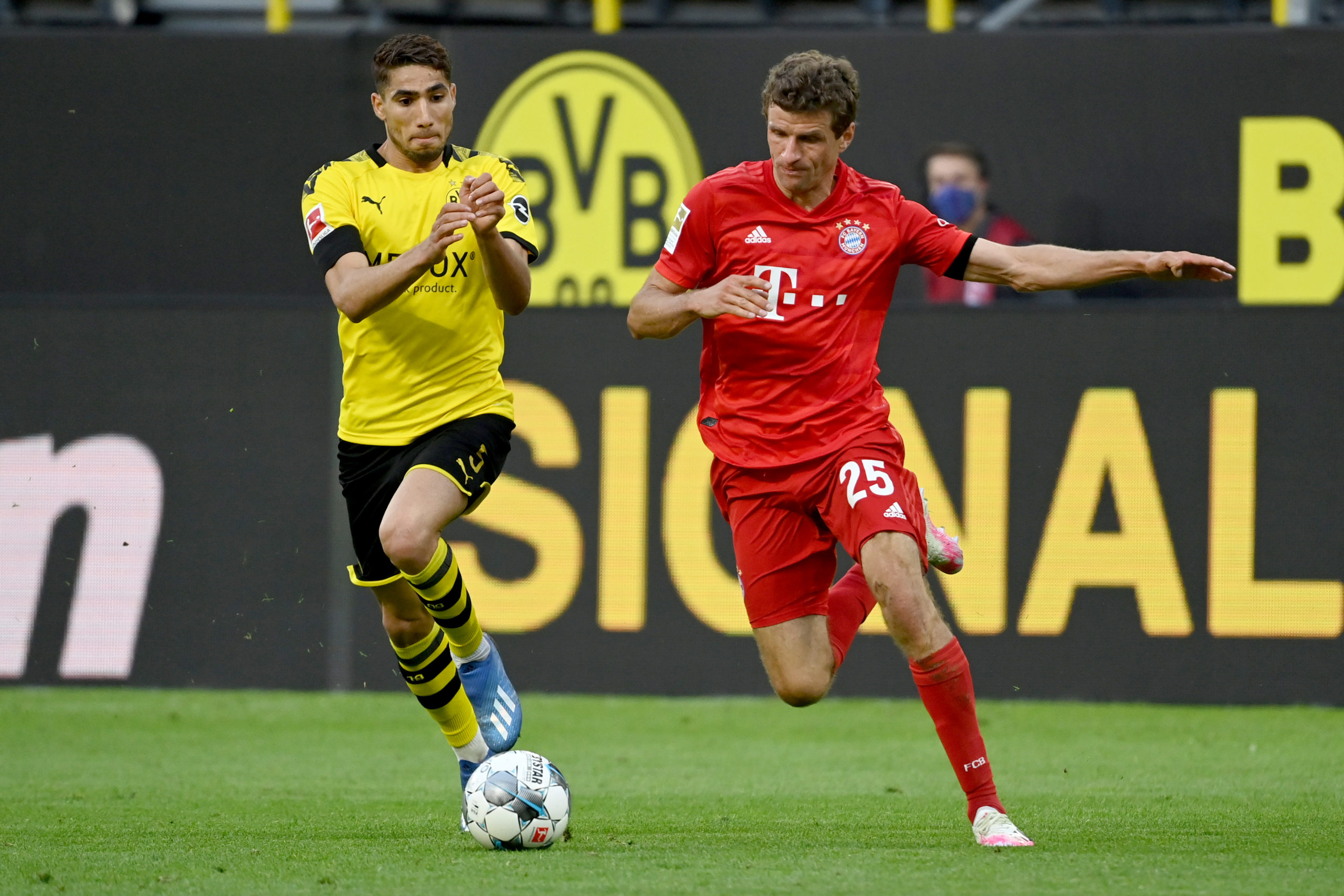 Speaking to Onda Madrid, the agent of Achraf Hakimi has confirmed that the defender will return to Real Madrid once his two-year loan spell with Borussia Dortmund concludes this summer.

The Morocco international has been a top performer for the Bundesliga outfit since joining them in 2018 and he has impressed with both the defensive and offensive facets of his game.

While he has made an average of nearly two tackles per game in his 68 appearances in all competitions, he has also been influential going forward, having registered 11 goals and 17 assists.

Hakimi played the previous campaign as either a left-back or right-back but he has featured in the wing-back positions this term with Dortmund preferring to go with a three-man backline.

Speaking recently to Onda Madrid’s El Partido de la Una show, agent Alejandro Camano revealed that Hakimi’s situation needs to be analysed but there is no rush in making the decision.

He added that his client sees his long-term future with Los Blancos and hinted that the 21-year-old has no plans of securing a permanent move away from the ‘best team in the world’.

“We have to analyse the situation, but there is no rush. He is very young, very good, but he has to play matches. With Madrid there is a good dialogue and they want to keep him on the radar,” He told.

“What we do not want is to get too far away from Madrid. We will get to an agreement for whatever, but with the idea of playing at some point for what he considers is the best team in the world, Real Madrid.”

Daniel Carvajal has been the undisputed right-back choice for Los Blancos when fit and he has made 269 appearances for the club since rejoining them from Bayer Leverkusen in 2013.

He continues to remain a favourite under manager Zinedine Zidane but Hakimi should be knocking on the door for playing time as he has shown that he can be a better attacking influence.

Carvajal has netted only six goals during the course of his Los Blancos career and those stats have already been bettered by Hakimi, who has netted eight times in the current campaign alone.

In fact, his representative has compared him with Liverpool’s Trent Alexander-Arnold based on the statistics going forward this term. It remains to be seen whether Zidane is prepared to offer Hakimi a genuine chance of competing for a starting spot on the right side of the defence, which remains his natural position.