10 of Lionel Messi’s Best Moments in a Barcelona Shirt

Lionel Messi’s best moments and the red and blue of Barcelona. 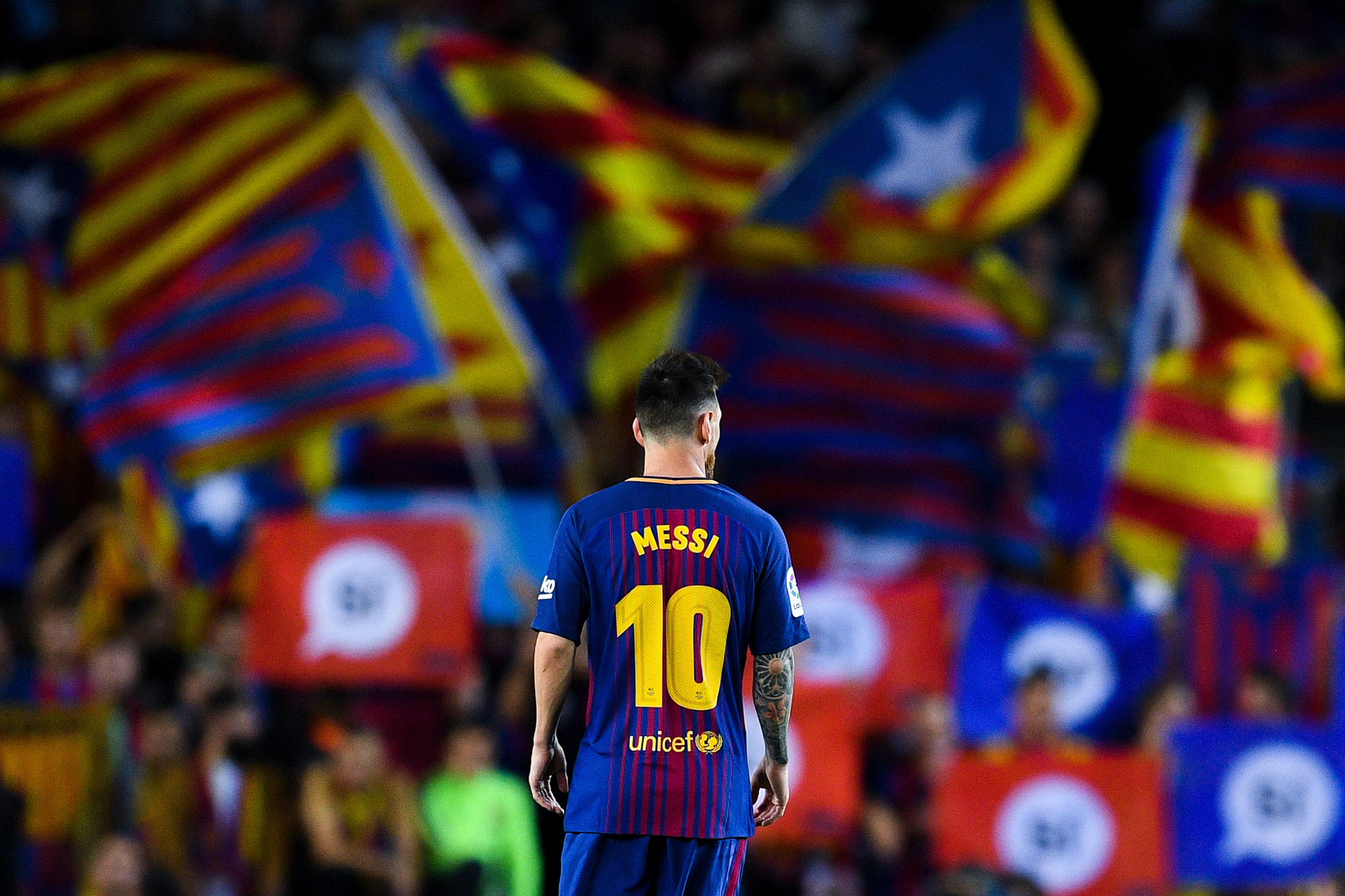 Lionel Andrés Messi Cuccittini was born on the 24th of June, 1987 to a steel factory manager and a worker in a magnet manufacturing workshop in Rosario. He loved football from the day he could walk, and started playing the beautiful game as soon as he could. At the age of 6, he joined Newell’s Old Boys, a club he suppports to this day.Soon, FC Barcelona wanted to bring him to their fabled youth academy, La Masia, and they eventually managed to do so. The rest, as they say, is history.

He made his senior team debut in 2003. Fast forward 17 years and innumerable titles to 2020, and you’ll see that Barcelona have just suffered a horrific 2-8 defeat to Bayern Munich. A few days later, the unthinkable happens. Messi hands in a transfer request.

That groundbreaking even shook the very foundations of not just the club, but the whole of Catalonia and perhaps even Spain and beyond. But, it’s happening, and Messi may be leaving Barcelona. So, it’s only fit to take a look at the legendary Number 10’s best moments while wearing the Barcelona strip.

On 16 November 2003, a rather shy 16 year-old came on in the 75th minute of a friendly match between FC Barcelona and FC Porto. In the short while that he was on the pitch, the youngster created two chances and attempted a shot on goal, impressing everyone including the coaching staff.

He was soon brought to train with the reserve side and with the senior team once a week. He also played for the junior teams, saving Juveniles A from relegation and winning the league with Juveniles B.

It took him over a year after his debut, but a 17 year-old Lionel Messi finally scored for the senior FC Barcelona team. In a La Liga match against Albacete in May 2005, Lionel Messi came on as a substitute in the 88th minute wearing the number 30 shirt. In stoppage time, a certain Ronaldinho chipped a ball over the defence and into the path of Messi, who in turn chipped the keeper and celebrated with a joyous Camp Nou.

Little did anyone know of what was to come.

After winning the league in 2006, Barcelona started to gradually decline. Messi, now sporting the number 19 on his back, saw his career’s trajectory take the opposite path. Now a mainstay starter, the then-19 year-old was fielded in a title-deciding match against Real Madrid.

Ruud van Nistelrooy scored first, but Messi soon equalised with a left-footed finish from the right of the box. The Dutchman added a second to take Los Blancos in front, but once again, Lionel Messi scored. Ronaldinho had his attempt kept out, but the ball only broke to the Argentine, who smashed it in on the half-volley. Sergio Ramos netted a third for Real Madrid, but Messi salvaged a point in stoppage time. He received the ball on the half-turn and skipped past the Real Madrid in typical fashion, before firing past the keeper.

Alas, even his heroics were not enough in the long run, as Barcelona lost the La Liga title to Real Madrid on the head-to-head record.

On the 2nd of May, 2009, Pep Guardiola (who Messi might reunite with) was in charge of FC Barcelona, and he was leading his side away to Real Madrid. Thierry Henry, Samuel Eto’o and Lionel Messi, who had played on the right flank until then, all started the match. Los Blancos took the lead through Gonzalo Higuain’s goal, but it all went downhill thereafter.

To their shock, they discovered that Messi was playing down the middle, and drifted back to go between the lines and linked up with Xavi and Iniesta to help progress the attacks. He took the centre-backs with him, creating vast expanses of space for Henry and Eto’o.

The Catalans decimated Real 2-6, which to this day remains their greatest margin of victory at the Santiago Bernabéu. Messi bagged a brace and assisted the opener, while Xavi ran riot behind him with four assists. Henry also scored two and the centre-backs got on the scoresheet too.

What a player, what a manager, and what a team!

2008/09 was the season of Barça’s dreams, as they completed the first-ever continental treble in Spanish history.

Messi played a major role in that, as his 23 league goals cemented the La Liga title, while his goal and assist in the final of the Copa del Rey saw the Blaugarana come away 4-1 winners. He also became the youngest-ever top-scorer in Champions League history with a tally of nine, which included two goals in the quarter-final and one in the final.

In 2009, at the age of 22, Lionel Messi was awarded both the Ballon d’Or and FIFA World Player of the Year by the greatest margin of votes in both awards’ history, as he led his side to the sextuple (six trophies in a calendar year).

He earned a record 473/480 points, as his performances which saw him score 38 goals and set up 18 others in 51 appearances through the course of the 2007/08 campaign warranted such a victory.

There was more to come though, five more to be precise.

2014/15 was the season when Messi joined forces with Luis Suárez and Neymar to form the formidable ‘MSN’ trio. There was speculation that Messi would leave the club, but that proved to be very wrong.

Under new manager Luis Enrique, Messi returned to his old position on the right wing, and wreaked havoc with 58 goals and 29 assists from 57 outings in the three major competitions. In the process, he broke the La Liga’s all-time top-scorer’s record surpassing Telmo Zarra’s tally of 251, and overtook the same man with his 32nd hat-trick in Spanish football. He also broke Luís Figo’s assists record by providing his 106th overall.

He sealed the La Liga by scoring the only goal away at Atlético Madrid and he also bagged a brace against Athletic Club in the Copa del Rey final. The Champions League semi-final saw him come up against Bayern, and he added another two goals to his tally, including the goal of the season where he left Jérôme Boateng on the ground.

Insane stuff, but not as good as what he had achieved three years prior to that.

2012 was supposed to be the year that the world ended, but actually, it was Messi’s year.

The Argentine great scored 91 goals in 69 games in the calendar year, breaking two records in the process. he became Barcelona’s all-time leading goal-scorer in La Liga as he surpassed César Rodríguez’s tally of 190, and also broke Gerd Müller’s record of most goals scored in a calendar year by six, both of which remain seemingly untouchable to this day.

That helped him to his fourth-ever Ballon d’Or, two short of his current tally.

Barcelona’s second-highest goal-scorer in all-time, César Rodríguez amassed a very respectable tally of 301. However, when compared to Messi’s exploits, it doesn’t seem half as good as it should.

Lionel Messi reached the 600th goal in style, as he did it at Camp Nou in the first leg a Champions League semi-final that would achieve worldwide fame, but for different reasons. He first scored goal number 599 by rolling the ball into the net after Suárez’s shot hit the bar. Then, he had a free-kick 35 yards away from goal. The Argentine great placed the ball down, and struck it perfectly. It flew over the wall and nestled perfectly into the top corner, with Alisson’s dive being made to look useless.

Unfortunately, a few weeks later, there was a corner which was taken rather quickly, and it proved to be a turning point in Barcelona’s destiny.

While Messi has some insane records to his name and boasts of a trophy cabinet that could rival anyone else’s, there is one moment that Barcelona fans and Real Madrid fans alike (and the rest of the world for that matter) will never forget. It was April in 2017, and the Blaugarana were travelling to Madrid for a potential title-decider against their nemeses Real.

Casemiro put Real ahead, but Messi quickly equalised and Ivan Rakitić gave Barcelona the lead. James Rodríguez came off the bench and scored to seemingly earn a point for the 10 men of Los Blancos in the 85th minute, but Messi had other ideas. La Pulga hit Jordi Alba’ square pass first time from the edge of the box, and it rifled into the corner as a distraught stadium watched on. He then ran to the Real Madrid fans, took his shirt off and displayed it to them, showing them who the real boss was, while his eternal rival Cristiano Ronaldo watched. Oh, and that was his 500th goal for Barcelona

Many players have done crazy things at the Bernabéu, but nobody has silenced the stadium like Messi. Those three points proved to be the telling difference in the title race.

This celebration shouldn’t be confused with his usual one of pointing up to the sky, but that too has a nice backstory. His grandmother, Celia, always accompanied him to training and matches and therefore he was greatly affected by her death when he was 10 years of age. Since then, he has celebrated his goals by looking up and pointing to the sky in tribute to his grandmother.

There are good players, great players and legendary players, but Messi doesn’t fit into any of those categories. He isn’t one of a kind, one of generation, one of a lifetime – he is just something else. Messi is Messi. Barcelona, and perhaps even the world, will never discover anyone fit to even lace his shoes. He will be remembered in Catalan folklore for years, centuries, millennia and ages to come.